My last post was all about my process, when in actuallity it was a snapshot of my process circa 2010. It is now 2011 and I have an updated version of my process for you to look at. This is one of the first retro cartoony style drawings I have done that is 100% my own. Unlike previous drawings I have done that draw inspiration from books, this one was done with just me, some pencils and a sketchbook. With that bit of an intro I am happy to present, The Not So Crazy Cat Lady:

[caption id="attachment_1266” align="aligncenter” width="370” caption="Notice the roughness of the sketch. Also the cell phone/coffee mug… I couldn’t decide which I liked better."] 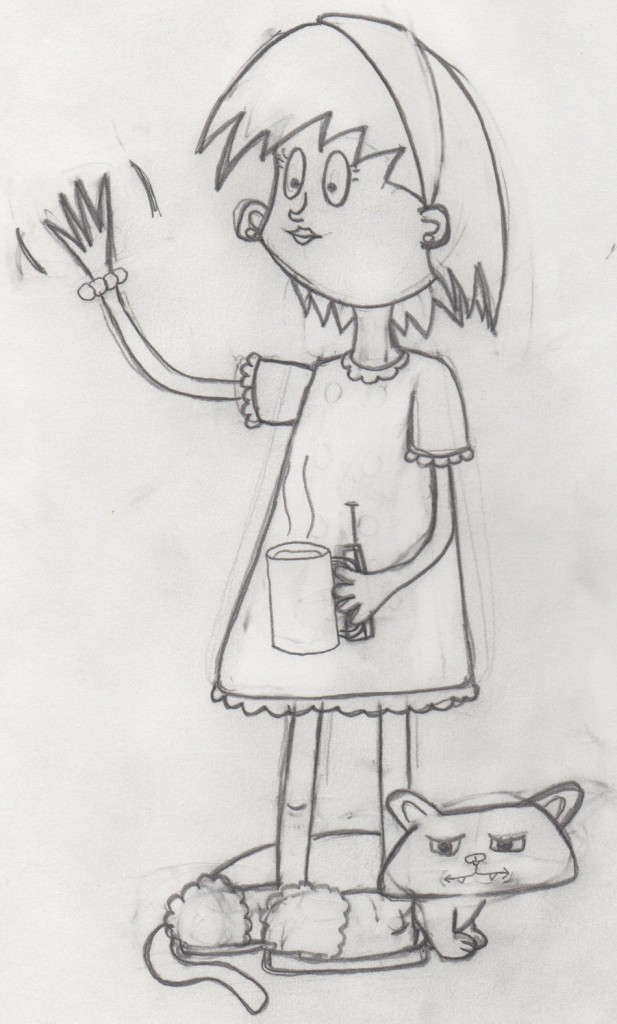 When doing this pencil drawing I kept it loose and instead of focusing on getting the perfect look I played with a couple different ideas. If you look close you might see the ghost of knee high socks and mary-jane shoes, since originally she was going to be wearing a dress instead of a frilly nightgown. I allowed myself to be guided by what I have read on this style of drawing but I didn’t let what I had read be in control. Here is the inked version in which I had to finally make some decisions on the overall look of the piece. 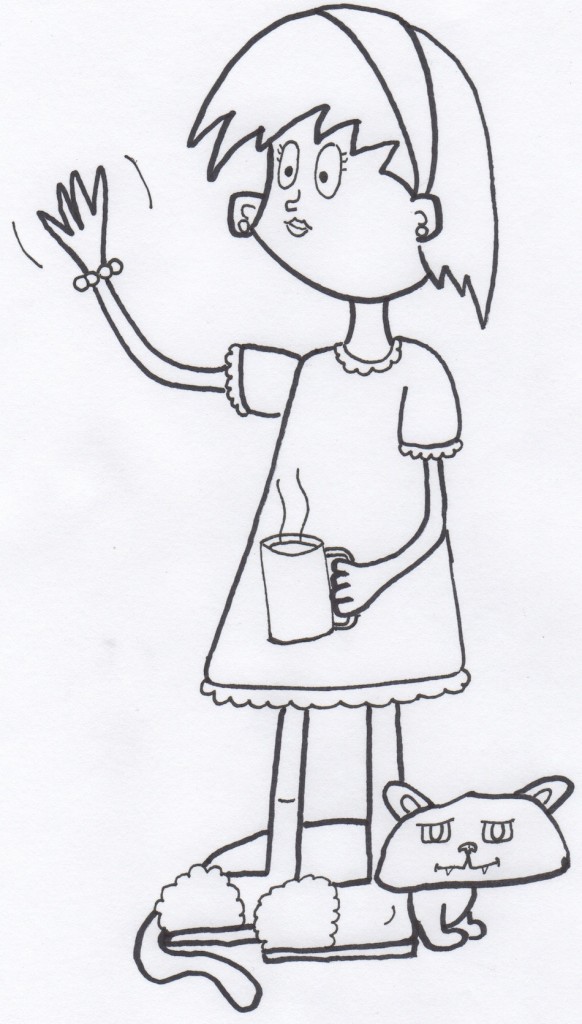 I am not going to lie to you, I messed up. See the point on the cat’s head… that isn’t a faux-hawk, that is a mistake. Stupid ink being all permanent. Alas there was nothing to do and I think that it gives the cat a slightly more sassy look, that and the fangs. I think that my inking may have been a little more accurate if I had a light board, but alas that is not to be. Soon maybe. 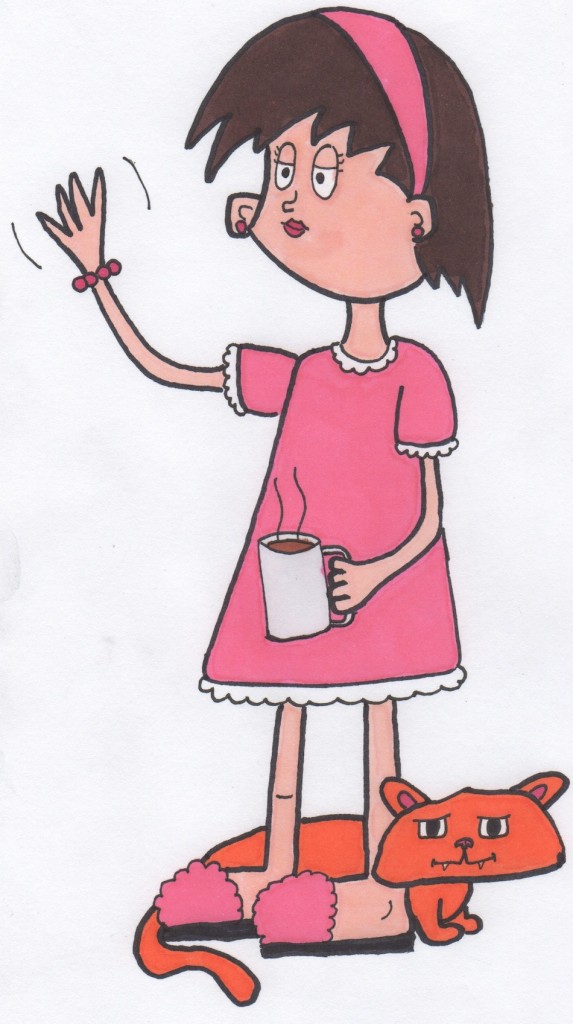 I am going to of course continue practicing so that my drawings will continue to get better but this is how I do it now. I work on a sketch until it is where I want it and then I ink it on a separate piece of paper so that if I screw up I can try again. Then I use the markers to color it and POOF!! finished drawing.