I thought I would show you the process I typically use to get a drawing done. The first thing to come is an idea. In the case of the Laser Saurus the first sketch was of safety dino.

[caption id="attachment_1256” align="aligncenter” width="275” caption="Pencil Sketch with a lot of work needed… but he has roller blades!"] 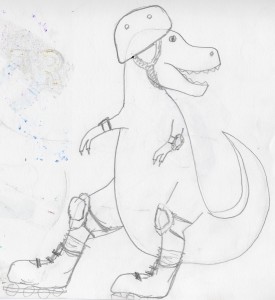 After that I happened across the action cats commercial from Saturday night live and thought that an action dinosaur would be even better.Thus Dino Roar was born. 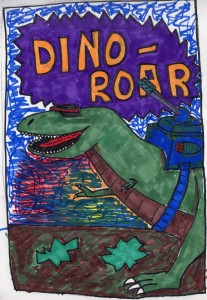 After that I decided that I needed to practice drawing the t-rex roaring. 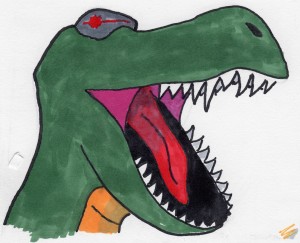 Finally I had all the practice I needed so I made a small scale drawing of the dinosaur complete with laser vision, a jetpack, roller blades and, of course, bacon. 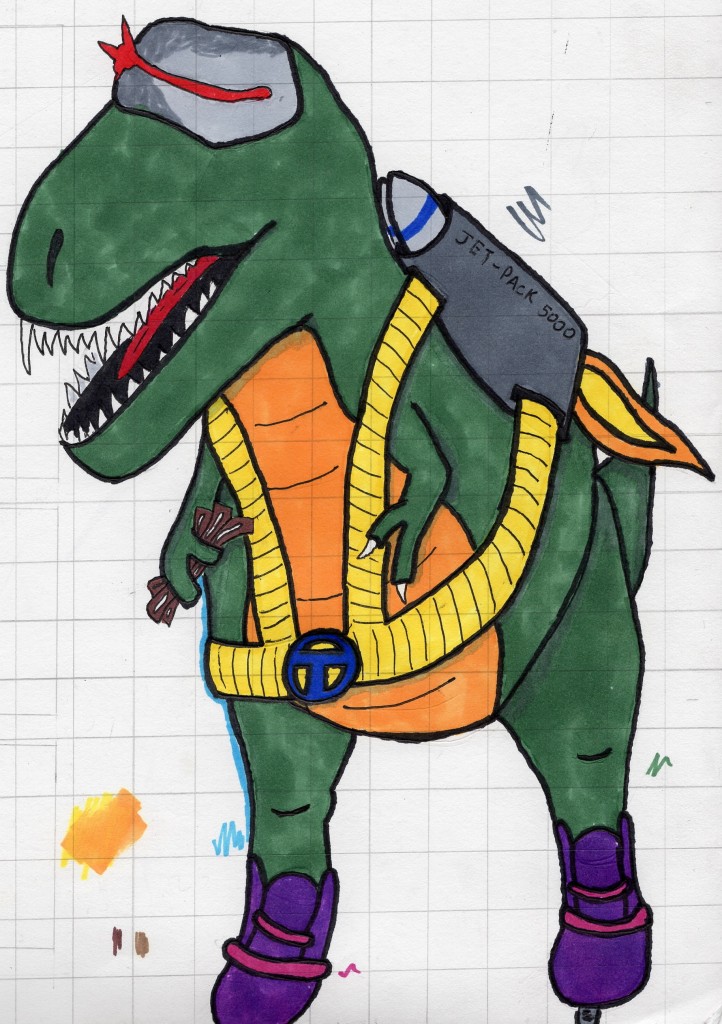 The Grid lines are from where I transfered this drawing to big paper for the final drawing. I think it is pretty sweet. Of course I can’t find a place to scan the final drawing so you are stuck with a crappy picture. I Got Better An Extension of the Previous Post