Who is Dylan Reed? Why is Dylan so awesome? Why should you care? These are all questions I plan to answer in this section, thus the boring title. I have wrestled with this page for days and have finally narrowed down my ideas to focus on those three questions.

Who is Dylan Reed? 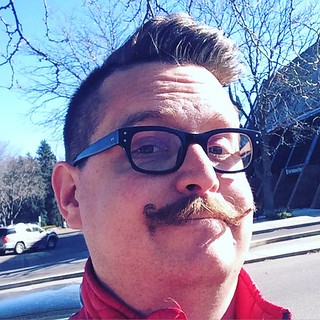 He is I and I am him. I was born, raised and still reside in Greeley, Colorado. You may recognize Greeley from accounts of how much it smells. Even if you don’t know where it is you’ll do ok as I try to refer as little as possible to Greeley in my posts.

I was raised without a television, as was my brother, which makes sense, so I learned to read at a young age and have read a lot. The unfortunate downfall to this is that I had a hard time separating TV from reality. For instance when I watched E.T. I thought that the government was really torturing an alien and was in tears while I watched it. I was twelve.

In high school I started clowning, juggling, unicycling and making balloon animals. This was my great ploy to get the girls. The first balloons I learned to make were hearts and teddy bears holding flowers, I then learned to make the six petal flower. That was the balloon that should have gotten me the girls. It didn’t.

After high school I dropped out of two different colleges before heading to Long Beach and attending the College of Oceaneering. I studied commercial diving, specifically non-destructive testing, and worked primarily at Hollywood Video. I met some really cool people and learned a lot about diving. I also started this blog while there, though my writing left a lot to be desired. Shortly after moving back to Greeley I married my wonderful wife Sarah. Our marriage kicks other marriages butts.

After working a few other jobs (with disabled people, for a materials testing company, at a funplex, at Starbucks and for the City of Greeley) I started working for my dad as a property manager. This led to me getting my Real Estate License. I didn’t like or dislike that job, I did it and hoped someday do something else.

After a couple years of working for my Dad I was done. It was either hate my dad or find a new job. So I went back to school. I didn’t quite finish due to money. As in “We need more money”.

Luckily Harper was able to help me find a job at Graphicly. I worked there for about 18 months. I started out as just an assistant to the CEO but moved on to doing QA on a bunch of android apps. This job taught me attention to detail and the importance of getting things done. I was laid off as the company started to fail and went back to work for my dad.

My dad and I worked a lot better together then the previous time. I still didn’t love the job but I was good at it. I lucked into a position at a local nursing home doing activities that was the perfect fit. After working there for a while I started working in social services.

Why is Dylan so awesome?

This is a hard question to answer since awesomeness is subjective. It boils down to the fact that I go through life trying to have the most fun possible. This is what leads me to being awesome all the time. A lot of people try to be awesome but few succeed. The trick is not letting people know that you think you are awesome until you are sure that you are awesome. Confused? So am I.

Why should you care?

You shouldn’t. Or maybe you should. I have experienced a lot in my thirty-four years and love to share those experiences with others. I have also started writing fiction, which is exciting for me.

Most links are amazon affiliate links.